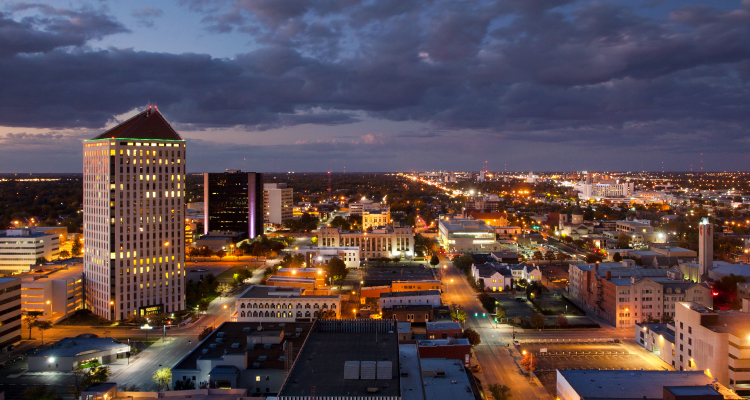 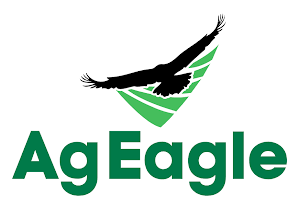 AgEagle Aerial Systems announced today that it will relocate its manufacturing facilities and expand them to Wichita. The company provides technologically advanced drones and aerial imagery-based data collection and analytics solutions.

AgEagle chose Wichita in a competitive process between Wichita and a Colorado city. The Partnership team worked with the AgEagle team and the Kansas Department of Commerce with efforts supported by the City of Wichita, Wichita State University's National Institute for Aviation Research (NIAR) and the National Center for Aviation Training (NCAT) at WSU Tech.

Identified in the Regional Growth Plan, aerospace and agriculture are included in the key industries to grow our regional economy, attract new businesses and expand existing industries.

Hawaii-based Navatek will open a new engineering and research office on the Wichita State University campus this fall. Navatek is a contractor focused on technology research for U.S. government agencies such as the Department of Defense and NASA. The company and Wichita State have signed an 8-year memorandum of understanding outlining their research and recruitment partnership.

Navatek plans to expand staffing to 20 engineers and scientists within the next 24 months and additional applied learning positions for students. In addition to work already funded, Navatek, WSU and WSU’s National Institute for Aviation Research (NIAR) partnership have multiple joint research proposals to government agencies for additional funding.

The Partnership team worked with Wichita State University and the Kansas Department of Commerce on the effort.

Advance Catastrophe Technologies, Inc. (ACT) announced proposed plans to build a new $2.89 million - 20,000 square-foot corporate headquarters in Wichita that will include a national training facility. The company has identified the Hoover Industrial Park at the southeast corner of Hoover Road and K-96 as the proposed site.

According to ACT President and CEO Christian Wiley, the company started planning an expansion and new headquarters due to the significant growth it has seen over the last couple of years. The Greater Wichita Partnership team began working with the company as they explored future expansion plans.

The company provides planning, recovery and restoration services to more than 6,000 customers nationwide and in Canada in hospitality, senior care, student housing, healthcare and more. ACT is unable to expand at its current location in Bel Aire and as the company considered its options, company leadership expressed the desire to be near an airport as they bring in national customers and staff.

Part of the company’s plans include a national training facility that will bring employees to Wichita to train in an onsite simulation center on disaster situations like flooding, smoke damage and mold remediation to learn the latest mitigation and response methods hands-on. The company also plans to bring national customers to Wichita to view the latest in emergency response techniques.

ACT is targeting to begin construction this summer and would add 10 full-time employees over the next five years to its existing headquarter employment of about 20. ACT employs more than 20 additional full-time employees around the country, not including its emergency response teams.

The Greater Wichita Partnership worked with ACT and a number of partners, including the City of Wichita, Sedgwick County and the Kansas Department of Commerce on the proposed project. The City Council will be reviewing a proposal for the new headquarters at its meeting on Tuesday, June 2.

ACT President and CEO Christian Wiley said, “We were especially pleased to find a location near the airport that could accommodate the travel of so many to our new facility. We like showing off Wichita and the vibe the city has going, to clients and employees alike. Even though many of our employees live throughout the country, Wichita is ACT’s home.”

Started in 2001, ACT has grown to become a premier nationwide company in the area of restoring properties and getting companies back in business after a disaster.

The manufacturing company Anderson & Forrester is relocating from the Denver metro area to the Clearwater Business Park. This follows the announcement of the Plains Cotton Cooperative Association’s new warehouse and distribution center in Clearwater.

Anderson & Forrester, a leader in orifice and conversion fitting needs, supplies parts to original equipment manufacturers in the natural gas and propane industry. The company will have about 10 full-time employees in a new 7,500 square-foot manufacturing facility being constructed by a local contractor.

Construction on the new building is expected to begin soon with the company relocating this summer. Plains Cotton Cooperative Association is also about to begin construction on its new 473,000 square-foot warehouse and distribution facility in the Clearwater Business Park.

Identified in the Regional Growth Plan, advanced manufacturing and oil & gas are included in the seven key industries to grow our regional economy, attract new businesses and expand existing industries.

The Greater Wichita Partnership team supported the City of Clearwater and Sedgwick County in securing a new company and distribution center for the region.

Plains Cotton Cooperative Association (PCCA) has chosen the Clearwater Business Park for a new warehouse and distribution center. The project calls for building a new 473,000 square foot facility, with plans to hire over a dozen new full-time employees and additional seasonal workers.

PCCA is a co-op founded in the 1950s and is one of the largest textile suppliers in the world. As the exclusive provider for Texas, Oklahoma and Kansas, this is its second facility in Kansas. The new warehouse will store cotton from cotton gins in Winfield, Anthony and Pratt which will be distributed and shipped to production facilities world-wide.

According to the company’s plans, the facility will be built next to the Union Pacific rail line in the Clearwater Industrial Park with construction beginning this summer and completed by this fall’s cotton harvest.

Agriculture is one of seven target industries identified in the Regional Growth Plan, our region’s collective strategy to grow the economy, attract new businesses and expand existing industries.

Advanced manufacturing company Reiloy USA is expanding its capabilities and capacity at its current Maize location. The German-owned company has plans to invest more than $20 million in a new building, machinery and grow to more than 100 employees in the next few years.

Joe Picinni, Reiloy USA CEO said, “We are excited to expand in Maize in the same industrial park site as our current operations. This expansion brings additional sophisticated and proprietary equipment and technology that will benefit customers throughout North and South Americas. We plan to begin construction on the new building in March and hiring of additional employees this spring.”

Reiloy USA has a 54,000 square-foot facility at the Maize Industrial Park and currently employs 68 people. Based on initial plans, the new building will be located on 13 acres near Reiloy USA’s current building. The company plans to hire 39 people over the next five years, and will provide new employees with highly specialized training.

The Greater Wichita Partnership worked with Reiloy USA and a number of partners on the collaborative, regional effort to help the company with its expansion efforts, including the City of Maize, the Kansas Department of Commerce and Evergy.

German company Reifenhauser Group is Reiloy USA’s parent company. It was founded in 1911 and is a leading provider of innovative technologies and components for plastics extrusion. It enables its customers to produce blown films, cast films, sheets and nonwovens of the highest quality.

The Reifenhauser Group purchased the Westland Corporation in 2012 and announced a move and expansion to the Maize industrial park in 2014. This additional investment solidifies the company’s presence in Maize while providing customers with more options and capabilities in component technology in the plastics industry including proprietary, cutting-edge extrusion and blow molding plastic processors.

A new $50M investment will move forward on Wichita State University’s (WSU) Innovation Campus to accommodate planned growth at NetApp, a Fortune 500 global IT company with over 600 employees locally in Wichita.

NetApp will not only keep its Wichita location through this investment but grow its existing employee base, adding 45 full-time jobs over the next five years and 70 over the next ten years. New positions include software and hardware engineers, customer support personnel, researchers and administrative support personnel. The estimated annual income for these new employees exceeds $100,000. The company will continue to employ WSU students in full-time, part-time and internship positions, building a direct pipeline of IT talent for our region through applied learning.

In order to support NetApp’s growth, WSU Innovation Campus developer MWCB, LLC will build a 168,000-square-foot Wichita headquarters for the company. Per City Council approval at today’s meeting, $33M of Industrial Revenue Bonds will finance the new 3-story, state-of-the-art Class A facility. NetApp estimates that it will invest an additional $17M in the facility for machinery, equipment and tenant related improvements. The Wichita City Council approved the use of Industrial Revenue Bonds, which do not provide public funding but a lower available interest rate, along with a sales tax exemption and property tax exemption.

NetApp, a Fortune 500 company, is a cloud data services and data management company, with global headquarters in Sunnyvale, CA with 500 full-time positions and 128 contract positions in Wichita. Their client list includes Cisco, Microsoft, IBM and Citrix. The company will join Airbus, Spirit AeroSystems and Textron Aviation on the Innovation Campus.

Identified in the Regional Growth Plan, IT Systems & Support is one of seven critical target sectors for growth and diversification. This project positions NetApp and the Innovation Campus for continued growth and business opportunities. In addition, this project aligns with the Economic Prosperity action plan of Project Wichita, which identifies growing technology-based talent within the region over the next ten years as a key priority.

The Greater Wichita Partnership was pleased to work with NetApp, Wichita State University, MWCB, LLC, Crossland Construction, GLMV, Hinkle Law Firm, LLC and collaborate with the Kansas Department of Commerce and the City of Wichita economic development office in realizing the project.

ProFillment Interiors provides procurement processes for the hospitality and healthcare industries. The company plans to expand its footprint with a new 79,000 SF warehouse and office facility in southwest Wichita. The expansion will create nine new jobs in the next five years. The Partnership was pleased to work with the Kansas Department of Commerce and the City of Wichita to realize the project. 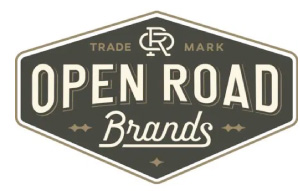 Wichita-based home decoration company, Open Road Brands has announced the relocation of their product manufacturing from China to a 60,000SF facility in northeast Wichita. This relocation will add approximately 33 new jobs. The company provides product for Hobby Lobby, Cabela’s and Target amongst others. The Partnership was pleased to work with the City of Wichita and the Kansas Department of Commerce to realize the project. Learn more. 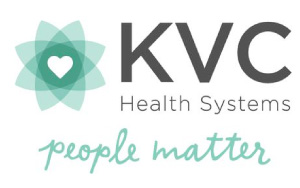 KVC Health Systems has invested $7 million in renovating the former site of the Kansas Orthopedic Center. The treatment center serves children ages 6 to 18 with mental health and substance abuse problems. This new facility will generate over 100 new jobs and will provide significant financial savings to families, who previously had to seek treatment for their children in other communities. The Partnership was pleased to work with KVC Health in collaboration with Sedgwick County and the City of Wichita. Learn more. 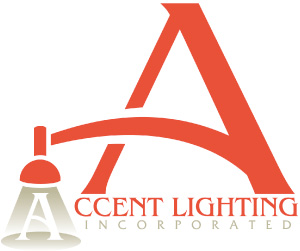 Accent Lighting recently broke ground on their new location in the Waterfront. The Partnership was pleased to join the Kansas Department of Commerce in supporting Accent Lighting’s investment in the region. Learn more.

Cosmic Pet (formerly Hyper Pet), a local pet accessory and toy supplier that distributes their products across the nation, is growing their headquarters and adding jobs. Their $6.1 million expansion will include 100,000 SF in the Ironhorse Manufacturing Park and 24 new jobs with annual salaries of $60,000. View recent Wichita Business Journal and Wichita Eagle articles.

Local composite design and fabrication company, Fiber Dynamics, is doubling their operation footprint into a new 35,000 SF building. This $2.5 million expansion will create 25 new jobs projected over the next five years.